I missed posting on my every-other-week schedule the Thursday before last. I thought I might be able to squeeze one in, but there was just too much going on to sit down and write.

The pack and I moved houses at the end of February: it was a fairly sudden & VERY fast move that left all of us reeling and out of sorts for a bit. It was a really tough few weeks with a ton of adrenaline and cortisol pumping into everyone’s system, not just from the change in routine and acclimating to a new environment, but from the constant workmen that were working on the exterior of the old house (painter and landscapers), and then having to cope with the moving company and multiple visits from the AT&T techs to setup internet service at the new place.

All this BUSY might not be a huge deal for some dogs, but when you have a pack of sensitive-anxious (Shine), fearful-anxious (Stormy), and hyper-aroused-anxious (Kit) dogs, a lot of strangers, stimulation, and general disruption to the routine, well… things get a little bit sticky.

Did I mention that my dogs are anxious?

What got us through was a lot of stuff to chew on (especially stuffed bones), soft instrumental music playing in the background to create a buffer from outside noises, early morning walks, some herbal/natural calming supplements, and me doing everything I could to practice self-awareness & self-care in the midst of all the needs and anxieties of the dogs… and there was one day that those last two things saved us from a likey meltdown.

Shortly before moving day I was (still!) trying to pack, and Stormy wouldn’t stop barking because she was so upset by the landscapers in the front yard. She had already finished or disengaged from all the chew items available and we didn’t have another room that she could go into that would calm her down. All I could do was draw the blinds, spray some “Peace & Calming” essential oils in the air, put on some Tibetan singing bowls on YouTube, and take deep breaths.

Despite all that, I found myself getting legit angry about her barking. I knew there was nothing to be angry about, I knew that the barking was caused by fear, stress, and anxiety, and that she was just doing what her body told her to do given its emotional and chemical state at the time.
But.

But I was so, so on edge, so stressed by what I was dealing with in that moment, that I was becoming angry at her.

I took some time to dig deep and realized that what I was really feeling was helpless. My poor, poor dog felt like the world was coming down around her and I had already done everything I could think of to soothe her, but she was still upset AF and expressing it in a way that grated on my nerves.

I couldn’t help her, I couldn’t save her from the outside world or her own brain in that moment, and my frustration, irritation, and complete powerlessness had started to tip over into something more intense, so I did the only thing that I could think of: I took myself for a walk.*

I left the house to walk in the sunshine for about 30 minutes listening to the latest episode of Tara Brach’s podcast, and it was medicinal. I had half an hour without barking, workmen, moving boxes or obligations. It was the world’s shortest vacation, but it was what I needed, and–indirectly–it was what my dogs needed.

What they did need was a mom who knew to put on her oxygen mask first.

When I got back, things hadn’t settled in the house, but they had settled in my brain, and that was enough. I could continue doing what I could for the dogs, given the very real limitations we all faced, with a little (or a lot) more grace and empathy than I otherwise might have.

Those of us with special needs dogs know a very unique kind of frustration with them. It’s the kind of frustration where you get so upset but know that you’re upset about something that can’t be resolved in that moment. That you don’t have a way to fix things so that you feel better and your dog feels better. You know that yelling won’t help, and sometimes there aren’t enough biscuits in the world to settle your dog. When your well of resources has run dry and you have done all that you can, sometimes the only thing left to do is to take care of yourself, and that’s probably what your dog needs, anyway.

We’ve been in the new house for a little over 2 weeks now. The food bowls are in their permanent locations, the new wakeup and bedtime routines are established, and we’ve learned which houses in the neighborhood have barking dogs in their yards. We’re settling in, getting closer to fully unpacked, and enjoying the new space.

More than the space, though, I’m really enjoying and am consciously grateful for these dogs with all they bring to the table, good and bad. They are difficult, they are challenging, they are humbling, and they are my greatest teachers.

*if you’re wondering why I didn’t take the dogs for a walk with me, the answer is that t wouldn’t have a been a de-stressing experience for any of us, but that’s a post for another day. 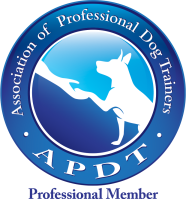